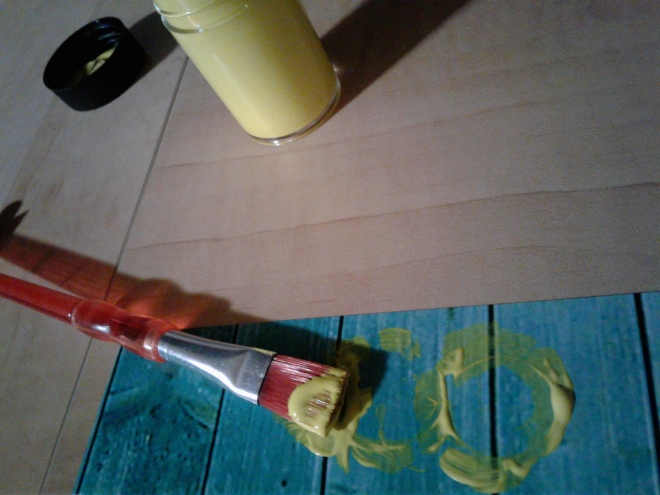 Jamie and the other kids threw rocks in puddles while they waited outside the fairgrounds. Their ruckus went unnoticed amidst the lights and sounds of the carnival. Jamie sighed and dropped his handful of rocks. He looked at his watch. It was approaching midnight.

“There he is!” Lindsey shouted and pointed to the figure approaching on a bike.

All the kids circled around Kyle before he had even stopped.

“Do you have them?” Jamie said, pushing his way through the group.

“Yeah. I’ve got them. I said I would,” Kyle replied and reached into his backpack. He pulled out a folded up cloth. Everyone hushed and leaned in as he unwrapped the cloth, revealing two hand-minted gold coins.

“Of course it’s real,” Jamie said and patted Kyle on the back. “Kyle said he could get them and he did. He’s the real deal.”

“How did you get them?” Noah asked.

“My mom found them cleaning out a storage unit,” Kyle said. “They’re Spanish bullions and worth a lot.”

“But won’t your mom kill you when she finds out they’re gone?”

“It’ll be worth it. A chance to see a dragon only comes around once in a lifetime, right?” Jamie said and held his fist up to Kyle.

“Oh my gosh, you guys are so lucky.” Lindsey said. “Why does it have to cost a gold coin?”

“So how do we do this?” Kyle asked Jamie as he handed him his coin.

“We have to find the dwarf monk.”

Kyle had been certain Jamie was pulling some kind of stunt and he’d admit he made the whole thing up about the dragon after he showed him the coins. But, sure enough, after scouring through the hordes of guests and carnies, they found a dwarf dressed in brown robes by himself at the snack tables. His head was shaved in the center just like a medieval monk, and his sandals were kicked up another chair as he sipped from his goblet.

“We want to see the dragon,” Jamie said.

The dwarf barely looked at them. “You can’t afford it.”

“We can,” Jamie said, holding up his coin. “Thanks to my friend here.”

The dwarf sat up and looked from the coin to Kyle. “Those are yours?”

“Fine,” The dwarf said. “I’ll take you to the dragon if you think you know what you’re doing.”

The dwarf monk finished his goblet and led the kids through the maze of tents and booths, all the way to the back where an enormous tent was pitched about fifty yards away from the rest of the carnival. Kyle couldn’t believe he hadn’t noticed such a large tent before now. As they walked through the dark, Kyle sweated profusely in the chill air.

“Are you sure about this?” Kyle whispered to Jamie.

“You want to see the dragon don’t you?” Jamie replied.

“Well, if you’re afraid you can turn back,” Jamie said.

At the entrance, the dwarf pulled back the canvas flap and gestured through the doorway. “The dragon is inside. Pay your tribute and all will be fine.”

The boys held out their bullions to the dwarf.

“No. You pay the dragon himself.”

Jamie and Kyle stepped into the fire-lit tent and the flap closed behind them. A wooden platform surrounded the edge of the entire tent encompassing a deep dark pit. They clutched their coins tightly. Jamie moved towards the platform railing.

“Wait!” Kyle spouted. “Maybe we shouldn’t do this.”

Kyle looked down at his coin. Flecks of gold paint had rubbed off onto his hand.

“Come on, you said you weren’t afraid.” Jamie said, then cocked his head slightly. “You can hear it breathing.”

Jamie leaned over the railing. “I think I see it.”

Kyle closed his eyes and took a long deep breath, then he joined Jamie at the edge of the platform. Respiration echoed out the pit. Humid air rose past their faces.

Jamie pointed to the tiny glints of light around the edge of the pit.

“Those must be coins. I think we need to pay,” Jamie said and tossed his bullion down. It clinked against the gold pieces below.

Kyle held out his coin, but hesitated.

“Do you want to see the dragon or not, Kyle? I thought you were the real deal.”

Kyle dropped his fake coin into the pit of real treasure.

Two yellow eyes blinked open. The shuffle of coins rang as the faint traces of a large body stretched out. Deep laughter bellowed out and the yellow eyes faced upward at the boys.    Kyle stumbled backward and fell to the floor.

Before it could fully sink in, the dragon emerged from his lair and snatched the two boys who had stiffed him. They screamed and the dragon roared. Their ruckus went unnoticed amidst the lights and sounds of the carnival.