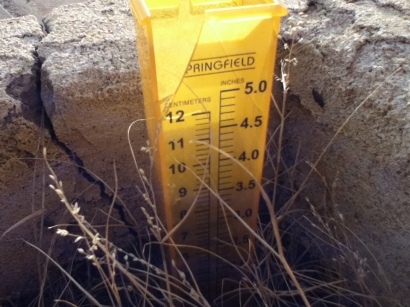 There was nothing beautiful about a New Mexican spring.

For every flower and warm, sunny afternoon there were six or seven lung-fuls of dust and needle-like torrents of sand blasted at her face at thirty (sometimes forty or, God forbid, even fifty) miles per hour. There was no beauty in a sky painted brown, a moon painted sickly yellow, in stars obscured by not-really-clouds. There was no pleasure in the dust devils flying down her street like phantoms for days on end, carrying stray trash and elm seeds. Spring was a season to be spent inside, more-so even than winter, hiding from the groaning voices hidden in every gust. She had laughed the first time she drove past that sign in-between towns that read “Gusty Winds May Exist.” Now she resented it.

There was something especially infuriating about being trapped inside an empty house by a force as seemingly innocuous as wind. The windows of their old house rattled in their frames and the draft pressed loose doors open like it was welcoming itself in, enjoy your stay, no that’s alright, I’ll take the couch. She was tired of dusting the windowsills. She had been through a three-pack of cheap feather duster replacements in the last month alone. The dirt was invading like a disease, lining the windows and the thresholds, sprinkled across her kitchen floor where in the winter there’d been only the slightest hint of damp and chill.

He returned on the windiest day of the year–the windiest day of her life–scaring her half to death when the screen-door suddenly flew back and banged against the side of the house and he all but tumbled in, bags in hand, hair tousled into the sort of disarray that up until that moment she had only ever associated with sleep and sex. Still in the midst of a fit of stir-craziness her hair was bound to the top of her head carelessly, not even brushed, and the clothes she wore were the sort she felt comfortable putting at the mercy of bleach stains. They stared at one another, momentarily mute. She was a mess. The city was a mess. He was a mess.

“Beautiful as ever,” he said, face threatening to split with the size of his grin—with pleasure at how much planning it must have taken for him to arrive in this way, like any other storm, sudden and powerful. But not filthy, like spring. Not infuriating. His arrival was like the gentle whisper of rain she’d been anticipating for days, the thirty-percent chance promise she’d spotted on the weather channel two days ago that’d grown to sixty-five yesterday and ninety today.

She threw the feather duster at him. He looked at her in mock-offense, followed by real offense when they both became aware of the imprint of dust the filthy thing had left on his shirt. She laughed, the screen door rattled like it was trying to escape its frame, and in two quick strides she was in his arms. For a moment she took him in (her summer, at last) and when she opened her eyes, just over his shoulder, she could see the clouds—real, heavy, gray ones—creeping in on the horizon.

(Fiction and Photography by Kayleen Burdine)