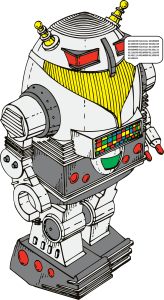 Technology and science now act as the modern world’s newest frontier. It is a frontier full of excitement, questions, and its share of dangers. The questions brought forth from this nebulous frontier could shape our world and how technological and scientific progress become part and parcel of our daily lives. As we approach the singularity of technological-scientific development, debates have arisen over the role computers, robots, and artificial intelligences will play in human society. One such debate centers over the production of cultural artifacts by robots or computers. More specifically, academics and futurists have discussed the role robots and computers will play in our literary future. A recent article by the BBC focuses on this debate and how far we are from this reality. It appears that despite considerable technological-scientific progress in the realm of computers and robots, we won’t be seeing novels that are entirely generated by self-aware machines just yet. Furthermore, it is hard to say when robots or computers will generate novels or stories on their own, severing the link between computer and programmer. Such a prospect is both exciting and frightening. Will robots or computers write the next great American novel? Will the next Haruki Murakami or Fitzgerald be a robot or a computer? If so, how will this affect culture and writing in general?  Will human readers even care if a novel or story is generated by a thinking machine rather than a human being?

Check out the Verge‘s article on NaNoGenMo and the world of computer generated novels.